Five Dollars, Four Screws and Fifteen Minutes & I Had a New iPhone!!!

I’ve had my iPhone 4s for a couple of years now and started having problems keeping it charged. Sometimes the battery would get to 41% and the phone would just shut down. Sometimes it would get to 20% or 12% or 3% but once it got past 40% I needed to expect it to shut down without any further notice. For someone who relies on his phone to connect to the rest of the world that was really frustrating. I checked my phone plan and discovered that I was due to upgrade according to the contract but the iPhone 5’s really don’t have anything all that different to make me want one. I really wanted to wait for the iPhone 6 to hit the market so that I could see what Apple is going to produce without Steve Jobs at the helm. 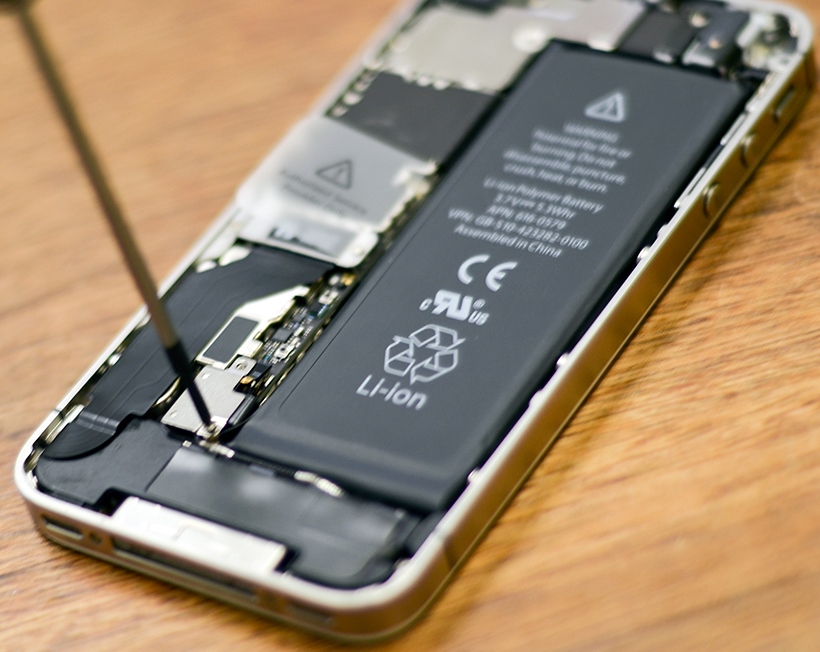 Even with the upgrade, a new phone was going to be a couple of hundred dollars. I am way cheaper than that so I started investigating battery issues and what I could do to fix the problem. Then it occurred to me… why not do what you would do if any other product needed a new battery… Change the battery!!!

Why did that seem like such an outside of the box idea? It isn’t really all that earth shattering when you think about it but we have been conditioned to think that our electronics are disposable. If you have a problem with it… throw it away and get a new one! Wow, that is excellent marketing and engineering on the part of electronics manufacturers!!! If you get a flat tire you don’t go out and get a new car… you fix the tire!!!

What I found after a little research on eBay and YouTube is that you can change the battery in your iPhone 4s for about five dollars in fifteen minutes by turning four screws with tools that come with the battery. It really is that easy!!!

First I went to YouTube to see what it would take to change the battery. Here is the video that I found..

It did take a metal tool to get the battery to break loose from the adhesive and there is a little black clip that pops out at 7:28 in the video. Pay attention to the position of the little black clip and be sure that it is in place when you put the new battery back in. (I suggest using some type of magnifier to see the little bitty screws better. How do they even thread those little bitty screws?)

After deciding that changing the battery was pretty easy to do I went shopping for a battery and the tools. Here is the eBay ad for the battery that I bought along with the tools used to open the phone and remove the battery screws.

I backed up my phone just in case anything when wrong. Then I just followed the instructions on the video and once I got started it really did only take about 15 minutes.

If you’re kind of handy this little fix could save you hundreds of dollars on a new phone or even just the fifty to seventy-five dollars that repair stores charge to replace the battery for you.

Good luck and enjoy the extended usage a new battery gives you!

If you are careful you won’t destroy your phone…

If you do destroy your phone, It’s not my fault!!!

If that disclaimer scares you…

You should probably take your phone to someone to get the battery replaced!