Dallas 9/11 Memorial Stair Climb – We Climb Because They Climbed

Support your local firefighters as they climb 110 floors in full gear as a memorial to their 343 fallen brothers and sisters who died in the line of duty during the attacks of September 11, 2001.

We Climb Because They Climbed!!! 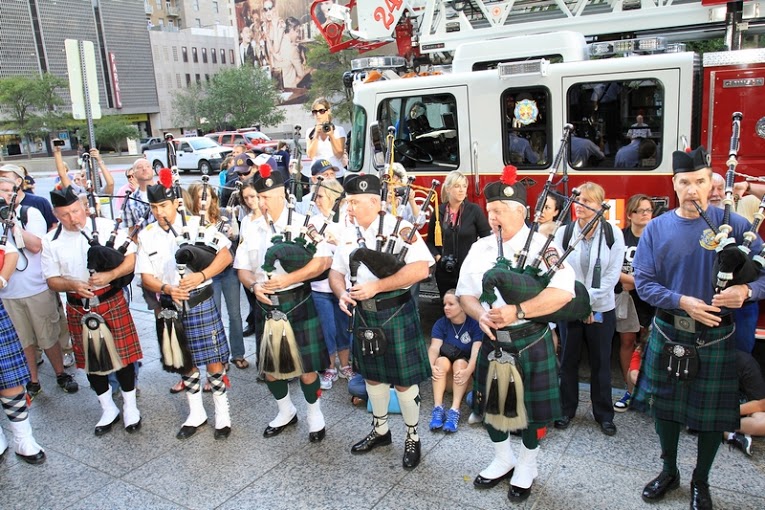 September 11th will always mark the day that firefighters across the nation have vowed to never forget. On that day, the fire service as we knew it changed forever. We were no longer just called on to “fight fire and save lives.” We were thrust onto the font lines of a global war on terror that suddenly took the lives of 343 firefighters and commissioned us to develop all hazards response organizations that were trained to expect the unexpected and to respond to events and situations previously unheard of on American soil. From that day, the American fire service banded together around a two word vow… 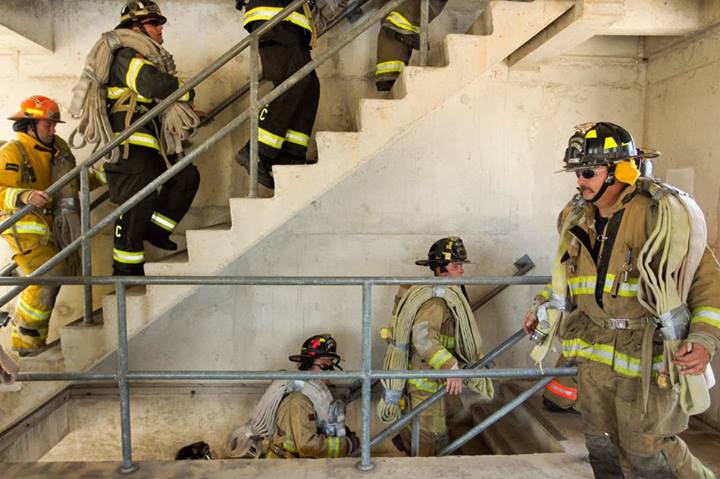 THIS IS NOT A RACE

This is a memorial that provides the participants a unique insight into the physical challenges faced by those New York City firefighters. Throughout the Dallas 9/11 Memorial Stair Climb, symbolic elements are placed within a timeline that mimics the events of 9/11/2001.

Prior to starting the climb, the participants are given a biographical sketch and an accountability tag of a firefighter that died on that day. The climbers are then assembled into companies that duplicate the company assignments of their fallen brothers. These groups will remain together, encourage each other and arrive together at the top when they complete the climb. 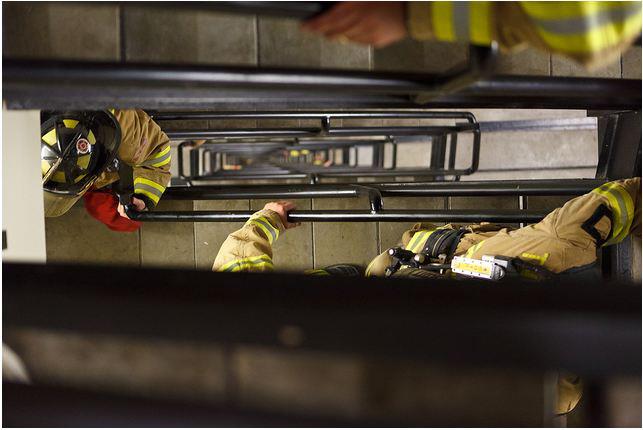 The climb will start at 8:46:30… The exact time the first plane struck the World Trade Center.

The climb will continue until 09:59, the time of the first tower collapse. At that time, the climbers will activate their firefighter distress alarms (PASS device), TAPS will be played in the stairwell and the participants will observe a moment of silence. A PASS device is 95 decibel alerting system that indicates that a firefighter has not moved in 30 seconds. On 9/11/2001 the media described the alerting of PASS devices as car alarms and building alarms. However, firefighters across the nation, intimately familiar with this distress signal, knew the true meaning of the incessant beeping. (Click here for a reminder of this eerie audio) 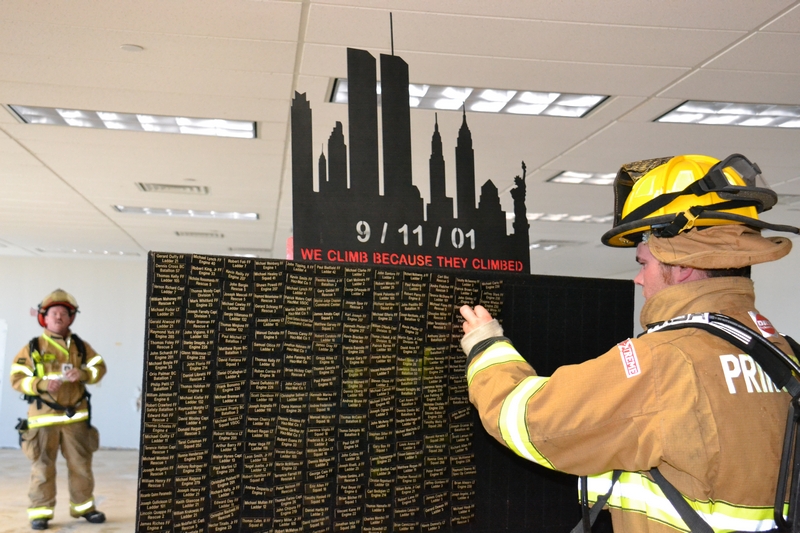 As the firefighters reach the end of the climb, the accountability tag of their fallen brother will be placed on the accountability board and they will ring a bell indicating the individual that they were climbing for has made it to the top. 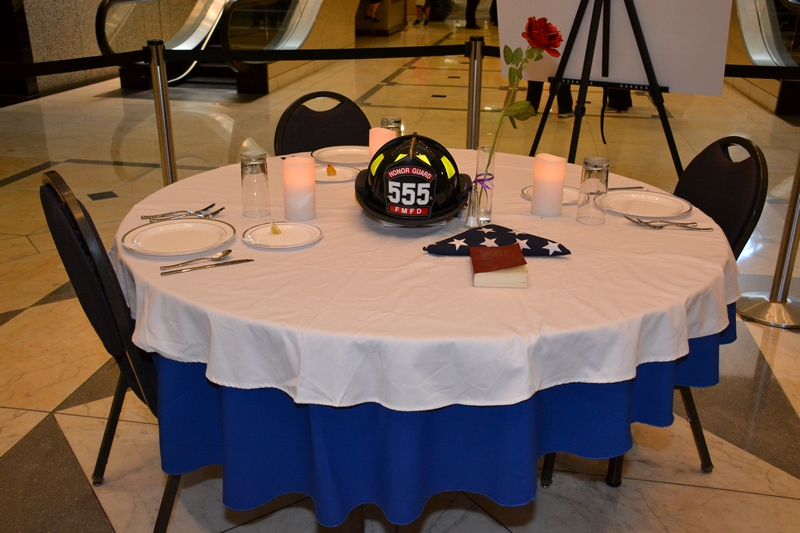 The week before and after the climb, a Table of Honor, will be prominently displayed in the lobby of Renaissance Tower. The table will include police and fire elements and a “place setting” for each of the police officers and firefighters that have died in the line of duty in Texas since the last climb. This has been a very tragic year for the Texas Fire Service and this Table of Honor will serve as a tragic reminder of the sacrifice that been made by so many. 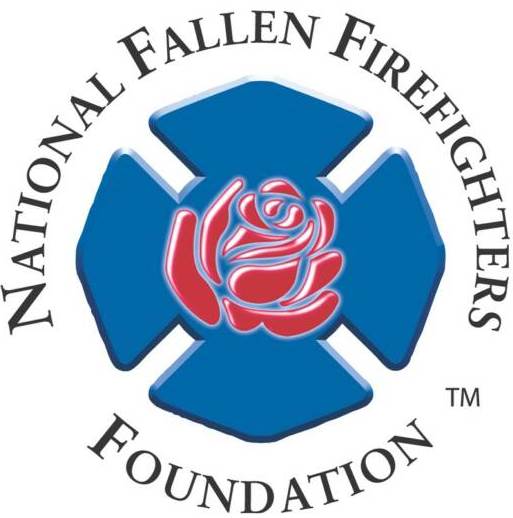